Oooh, I haven’t participated in Top Ten Tuesday in a while, and even though it’s technically Thursday, this one looks like too much fun to pass up. This week’s theme is Top Ten Books for People Who like ______. I’ve been unpacking my books, and I’ve been thinking about the connections among my different reads. My husband made the remark today that we have a lot of good books, and we really shouldn’t need to go to the bookstore in a while given how many great books we have. He’s right.

Feel free to add your own recommendations in the comments. Just because my husband says we have a load of good books doesn’t mean I’m not always looking for more.

[amazon_image id=”0670022527″ link=”true” target=”_blank” size=”medium” class=”alignleft”]One of Our Thursdays Is Missing: A Novel[/amazon_image]The sixth book in Jasper Fforde’s Thursday Next series, [amazon_link id=”0670022527″ target=”_blank” ]One of Our Thursdays Is Missing[/amazon_link] is set amid turbulence in the BookWorld. An all-out genre war is threatening to break out between Racy Novel and Women’s Fiction. And Jurisfiction/Spec Ops agent Thursday Next is missing. It’s up to her written counterpart to get to the bottom of Thursday’s disappearance. Meanwhile, she is asked to substitute for the real Thursday at peace talks between Racy Novel and Women’s Fiction. She begins to wonder if she might be the real Thursday Next, which would make the plot a whole lot more complicated.

After a fairly slow start, the novel picks up, but it doesn’t quite measure up to the other books in the series. The written Thursday just isn’t as much fun as the real Thursday, and the puns and jokes that usually have me laughing out loud as I read Jasper Fforde were in much shorter supply. It is definitely my least favorite of the series so far, and I hope that any future Thursday Next books will not continue down this road. If you haven’t read the series, I don’t recommend starting with this book, as I think it will put you off Fforde, and his other books are really good. He’s one of my favorite writers, but this book is a disappointment in comparison with the others. If you have read the series, then you will probably want to read this one, too, so prepare yourself. I seem to be in the minority: most of the reviews I have read are positive. You might find it more to your liking than I did. And I would not be honest if I didn’t say that there are some genuinely funny, laugh-out-loud moments. Once the book picked up steam, I finished it in the space of about five hours or so, but I’ve never had to wait so long for Fforde to hook me before.

P.S. If you’re like me and you read this on your Kindle, the map of Fiction Island is impossible to read. Luckily, Fforde has the map available on his website.

Other books in the series:

Weekend Reading: May 3, 2014
WWW Wednesdays—August 24, 2011
Review: Will in the World: How Shakespeare Became Shakespeare, Stephen Greenblatt

Teaser Tuesdays is a weekly bookish meme, hosted by MizB of Should Be Reading. Anyone can play along! Just do the following:

[amazon_image id=”0670022527″ link=”true” target=”_blank” size=”medium” class=”alignleft”]One of Our Thursdays Is Missing: A Novel[/amazon_image]“About ten degrees upslope of Fiction, I could see our nearest neighbor: Artistic Criticism. It was an exceptionally beautiful island, yet deeply troubled, confused and suffused with a blanketing layer of almost impenetrable bullshit.”

A truer description of criticism, whether you are talking art or literature, I have never seen. I love Jasper Fforde. Incidentally, here is a map of Fiction Island, but Artistic Criticism is not pictured.

I recently finished [amazon_link id=”0143034901″ target=”_blank”]The Shadow of the Wind[/amazon_link] by Carlos Ruiz Zafón (review) and Madame Tussaud: A Novel of the French Revolution by Michelle Moran (review).

I’m definitely ready to pick up the new Jasper Fforde, [amazon_link id=”0670022527″ target=”_blank” ]One of Our Thursdays Is Missing[/amazon_link] next. I absolutely love Jasper Fforde. Oh, my TBR pile is so big. I will get to most of those books. Eventually. I hope. 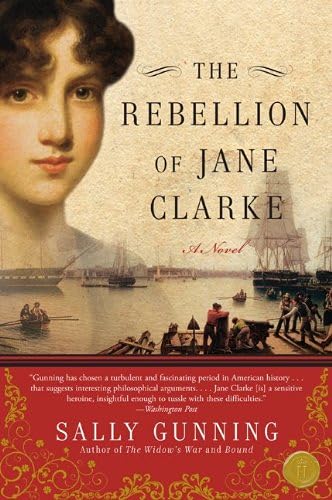 Bad Behavior has blocked 6038 access attempts in the last 7 days.