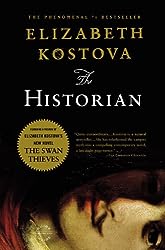 A Double Review: Camus and Kamel
Thursday Threads: Where Are You Reading?
Review: The Final Revival of Opal & Nev, Dawnie Walton
Share