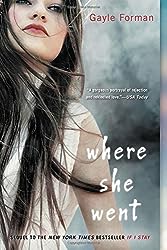 Books cannot be killed by fire. People die, but books never die. No man and no force can take from the world the books that embody man’s eternal fight against tyranny.