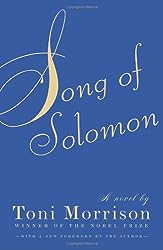 Reading Apps for iPhone
Coming Up for Air
Review: We Were Eight Years in Power, Ta-Nehisi Coates