My parents have given me a gift certificate to Barnes and Noble for the past several birthdays, and frankly they probably don’t realize how much I really, truly appreciate and enjoy it. I don’t get the chance to just buy books for myself — whatever I want — very often. I usually consider the cost, weigh how much I really want to own it after I read it, what other readers have said about it in conversation or reviews, and what I know about the author’s other work before I am willing to buy a book. Let’s face it, books are expensive. And they’re English teacher crack. I really have to either be on a specific mission or have enough money to indulge a little, or I can’t even go in a book store. That’s why it’s so nice to be able to go nuts with a book gift certificate once a year. So thanks Mom and Dad!

I recently ordered some items from Amazon with a gift certificate I earned through my referral fees as an Amazon associate. I bought the DVD The Freedom Writers and Terry Jones’ Who Murdered Chaucer: A Medieval Mystery. I ordered them on August 28. I’m still waiting for them. 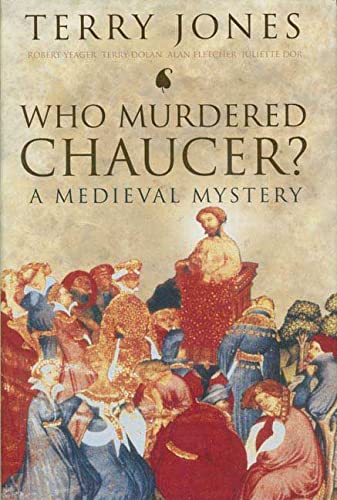 My order with Barnes and Noble was placed on September 11. To expedite my order, even though shipping was free, B&N decided to ship the items separately. I have already received part of my order, less than 48 hours after I made it. I find it somewhat intriguing that both my Amazon order and my B&N order were placed using gift certificates, but were treated comparatively differently. Just for the record, both items I ordered from Amazon usually ship in 24 hours, according to their descriptions. Both companies waived shipping and handling fees because I spent above a certain amount; however, the fact that the shipping and handling fee was waived didn’t seem to impact the speed of my service with B&N. Again, just making a general observation. I’m usually a very happy Amazon customer, and I can’t remember another time they have taken so long with an order.

At any rate, here is the run-down of my order with B&N: 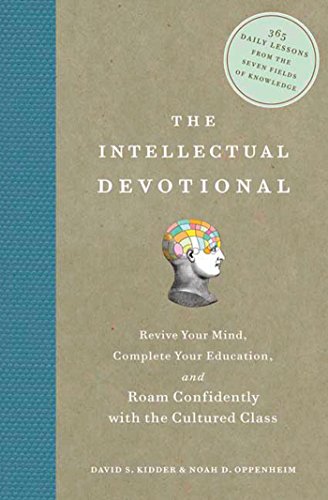 This book has been on my wish list since Wil Wheaton mentioned it on his blog. It is a compendium of information in every field of knowledge: history, literature, art, science, mathematics, music, philosophy, and religion. The devotional is a concept long associated with spiritual books, but I think this is the first attempt at a secular devotional. The devotional starts on a Monday, but you can start on any Monday. Actually, since I received it today, I started and read up through Thursday, Week 1. I learned about the origins of the alphabet, cave paintings at Lascaux, James Joyce’s Ulysses (which will be my next DailyLit selection — I must be crazy because it’s even longer than Moby Dick and will take me about 11 months to read through Daily Lit, but I decided that I probably wouldn’t read it any other way), and cloning. Did you know that Dolly the cloned sheep had a shorter life span because she was a clone? Her telomeres, “thin strands of protein that cap the ends of chromosomes,” were too short because they were replications of her six-year-old mother’s telomeres. Scientists aren’t exactly sure what telomeres do, but they shorten over the lifespan of organisms. Dolly’s shorter telomeres were most likely a factor in her shorter life. She was put to sleep at the age of six, suffering from arthritis and cancer. Most sheep live about twice that long.

I’m not sure, but I think that Love, Actually has been on my wish list for about a year and a half, since I first saw it after renting from our cable company’s On Demand service. I loved it. I love British romantic comedies, and I really don’t care what Hugh Grant did in the car with a prostitute in L.A. I’ll watch anything he’s in. Colin Firth, too, but I don’t have to worry as much about his reputation. And I have loved Julia Roberts since college — I used to try to emulate her look. Remember when she wore the jeans, white tee-shirts, and blazers in the early ’90s? Yeah, that was me in college. Anyway, this package cost about $20 at B&N, and it contains four movies. I thought it was a great deal. In case you can’t tell, it includes Notting Hill; Love, Actually; About a Boy; and Bridget Jones: The Edge of Reason.

Merlin is an alternative point-of-view telling of the King Arthur story. It’s really beautifully shot, and I like the different twist. I am so picky about King Arthur movies and books that unless the author does something fresh, I just get aggravated by the changes they make. Don’t get me started on First Knight, for instance. So much potential, yet so terrible in execution. Not so with Merlin. I used to own a copy of this on VHS, but can no longer play VHS movies anyway, so it was time to get my replacement. I’m looking forward to watching it with Sarah. I’ll bet she likes it. 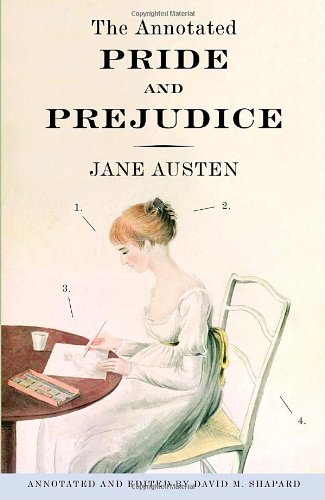 Finally, I ordered The Annotated Pride and Prejudice, which I’m sure I must have read about first on the Jane Austen blog (the review didn’t put me off, however). Jane Austen is one of my favorite writers, and I couldn’t resist a volume that had explanations for every small detail. You know, I’m not sure if I’ve ever owned an annotated book, and I think it will be interesting to see how it enhances my reading experience. I’ve read annotated books — Norton’s anthologies, for instance, and other college literature texts are often annotated, and the annotations really help. At any rate, I love slipping into Austen’s world, and hopefully David Shapard’s annotations will enrich the experience.

I’m enjoying Rebecca so far, and I think the R.I.P. Challenge in general will be a fun one. Tomorrow night, Sarah and I are trekking to the Alpharetta B&N to see Stephenie Meyer (who has some of the best advice for aspiring writers on her website that I’ve ever seen) and get her autograph on Sarah’s copy of Eclipse. Can’t wait!

By the way, in case you were wondering, my birthday is Monday.

One thought on “Birthday Books”

Bad Behavior has blocked 693 access attempts in the last 7 days.