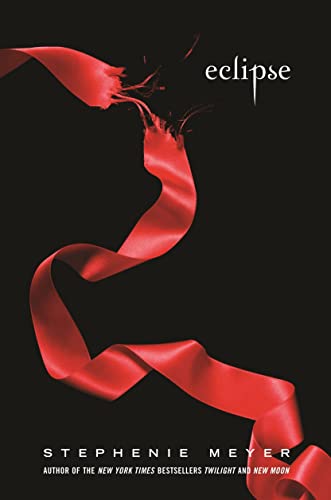 I am once again reading Stephenie Meyer.  I have been meaning to get to New Moon and Eclipse for some time, but I just hadn’t for various reasons.  Meyer has a real gift for action and moving a story along.  If I have a criticism, I have to say I find Bella’s self-deprecation and idol-worship of Edward annoying sometimes, but I know I’m in for another good read.  The book starts with something of a bang, and I was really excited to learn my birthday is only four days after Bella’s.

I wonder if Barnes and Noble will do a midnight event for the release of Breaking Dawn.  I have speculated before that Meyer just might be the next J.K. Rowling, and I know that at least in my area, her books are popular enough to warrant a midnight release party.

Incidentally, if you want to keep up with what I’m reading, check the sidebar.  I always update when I finish a book and start a new one.