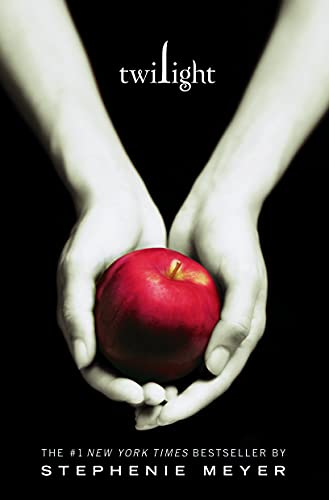 A few short hours after announcing that Twilight would definitely be my first book in the R.I.P. Challenge, I finished it. According to my records, I did indeed start it on September 1, so without realizing, I wasn’t even cheating a little bit on the challenge!

I read Twilight based on a recommendation from my daughter. I have to admit I’m a little surprised it turned out to be her cup of tea. Twilight is the story of Bella, who moves in with her father to Forks, Washington in order to allow her mother to follow her baseball-player husband on away-game trips. She immediately notices good-looking Edward Cullen and his beautiful siblings — they keep to themselves and are considered mysterious by the rest of the students. Edward notices Bella, too. In a relatively short period of time, Bella is sure of three things: “First, Edward was a vampire. Second, there was a part of him — and I didn’t know how dominant that part might be — that thirsted for my blood. And third, I was unconditionally and irrevocably in love with him.”

Twilight is aimed at a teen audience, but I believe fans of vampire fiction of all ages would enjoy this suspenseful book. My daughter devoured the book in less than 24 hours, and while I didn’t tear through it that fast, I have to admit that a 498-page book usually takes me a bit longer to read when the beginning of a school year is in full swing. The book is the first in a series including New Moon and Eclipse. The book is fresh, telling some of the familiar parts of the vampire story without being derivative. I think the novel would appeal to fans of vampire fiction as well as those who usually don’t read that sort of book. All of us can relate to Bella’s feelings about being the new girl and crushing on the handsome boy. I really enjoyed the book and plan to read the sequels, too.

People say that life is the thing, but I prefer reading.

Bad Behavior has blocked 468 access attempts in the last 7 days.