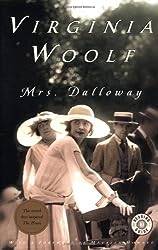 Despite being an English teacher for seventeen years (and English Education major), I have somehow not read Mrs. Dalloway until now. Frankly, I think I was daunted by how difficult I had heard it was. On the other hand, perhaps books come to us when we’re ready for them. Perhaps I hadn’t read Mrs. Dalloway until now because I didn’t need to. I’m not really even sure what made me suddenly pick it up a few days ago. True, I do plan to teach it in my AP class in the coming year (I have never taught AP before, and this book is often mentioned on the test and shows up as a recommended text for the course). But that is not the only reason. I have more books I need to read for that class, and I have more summer stretching before me to read. In fact, given I just returned from Ohio farm country, you might have thought I would choose something a bit more American to delve into (I’m doing A Thousand Acres in my AP course as well, and I could easily have found myself in the Cook family’s Iowan King Lear). I think I was just ready for this one.

If you’ve not read it and know nothing about it (which was NOT the case with me—I am English teacher/major enough to at least say I knew basically what it was about), Mrs. Dalloway is the story of a day in the life of the eponymous Clarissa Dalloway, who famously begins by deciding to get the flowers for her party herself. The book follows her thoughts as she embarks on this outing, and then flits from her thoughts to those of other characters, including Septimus Warren Smith and his wife Lucrezia, a shell-shocked WWI veteran struggling with mental illness and his homesick Italian wife, whom he married on a whim at the end of the war; Peter Walsh, Clarissa’s former suitor, whom she declined to marry; Clarissa’s husband Richard, the model of British reserve; Clarissa’s daughter Elizabeth, who feels constrained by her femininity and wants to be a farmer or a doctor; Miss Kilman, a lower-class educated woman who tutors Elizabeth, and who (it is implied) Elizabeth is in love with; and several other characters. It does require some concentration to follow, but it works as a device because of the connections between the characters. Clarissa Dalloway is throwing a party—she takes delight in throwing parties and bringing people together, though both her husband and Peter have difficulty understanding why parties are so important to her, and Peter disparages her as a perfect hostess. What is really at the forefront, however, is preoccupation with death. Clarissa Dalloway clearly feels afraid of the prospect of dying, and she worries about the choices she has made in her life, including marrying Richard. Her story is intertwined with Septimus Warren Smith’s, and at the end, her observation about Septimus’s death brings the two storylines together in a satisfying if someone ambiguous ending.

I don’t really know what to say about this book. It’s 90 years old, and given its prominence in literature, it’s been dissected ten ways to Sunday. I don’t really feel the need to dissect it (I will do that with my students!). The first thing I felt as I became immersed in the story is that I was in the presence of greatness. I don’t think I’ve read anything quite like this book. At the end, when I closed the book on the last page, I was in awe of Woolf’s mastery. She elevated the lives of people many of us would dismiss—namely, Clarissa and Septimus. It’s easy to view Clarissa from afar and see her as shallow, reserved, conservative—someone who squandered her life on silly parties and never felt deeply. But she feels things deeply. She is recovering from a vague illness (the sense that it was a mental illness becomes clear when we learn she was a patient of the evil Dr. Sir William Bradshaw, who announces Septimus’s death at Clarissa’s party). It’s also easy to dismiss Septimus as “crazy.” I found myself particularly drawn to his storyline because of the empathy which Woolf makes the reader feel. Septimus fought for English ideals in the war and came out damaged (he’s one of the first victims of shell shock in literature). The descriptions of the voices he hears and his hallucinations made me truly ache for him, but they were drawn so astutely that it is impossible to forget that Woolf herself suffered from mental illness and also succumbed to suicide.

I love books. I don’t often close books and think, I just finished a masterpiece. Often, I have to think about a book for a while and have a sense of it working on my psyche before I can tell it’s a masterpiece. I didn’t even have to finish this book completely before I already knew it was a masterpiece; I felt all the time I was reading it that Virginia Woolf was a genius. But once I finished it, all I could do is sit and think and be in awe of Virginia Woolf’s command of the English language (this book is really a gorgeous prose poem) and her understanding of the importance of all of our stories—all of us, every person, has a profound story, and there is beauty and mystery in the average day.

I’m counting this as my Classic with a Person’s Name in the Title for the Back to the Classics Challenge. I’ve already done a London book for the Reading England Challenge, but it’s a pity because this is a quintessentially London novel. I had thought I’d read it later in the year and count it for my Bloomsbury group novel in the Literary Movement Reading Challenge, but given I’m teaching it in the coming year, I didn’t feel good about waiting until November to read it. (Boy, I’ve gone off the rails with that challenge.)

The Dream of Perpetual Motion, Dexter Palmer
2018 Reading Challenges: Part One
I Got It!
Share

Books are the plane, and the train, and the road. They are the destination, and the journey. They are home.