I think I’ve mentioned this before, but my AP Literature students are reading both Mrs. Dalloway and The Remains of the Day this year. Knowing there are film versions of both books (and that The Remains of the Day in particular was well regarded), I decided to watch them this weekend and see if I want to use any parts of either film in class.

The first thing I thought after I finished watching Mrs. Dalloway, which had a great cast—Vanessa Redgrave is Clarissa Dalloway and Rupert Graves is Septimus Warren Smith—is that some books are just unfilmable. The movie stuck to the plot well enough. In a book where not a lot happens, at least on the exterior, that’s not to hard to do. What is nearly impossible to do is to capture the interior monologues of both Clarissa Dalloway and Septimus Warren Smith. I thought for sure perhaps some brilliant cinematography would capture the breathtaking imagery in Mrs. Dalloway, but not really. I was particularly disappointed in the scene in which Clarissa buys the flowers. In the book, it’s a master class in imagery that leads directly to memory, but in the movie, it’s a brief scene that is stripped of almost all of the punch it packs in the book. I might show clips of the film precisely so students can discuss why it isn’t filmable or how they might have filmed it instead.

On the other hand, The Remains of the Day was brilliant in all respects save one: the ending. In the book, you see a slightly different ending when Stevens realizes how he has spent his life, and it crashes over him. His stiff upper lip barely quivers in the film. To me, that’s a pretty substantial change, and I don’t like it at all. As to the acting, though, brilliant, of course (what would you expect out of Anthony Hopkins and Emma Thompson?). The scenery and sets are absolutely gorgeous. I thought more than once of Downton Abbey and the passage of all those old manor houses. I suppose many of them are now basically open for tours and are sorts of historical monuments to another time. This book, as it turned out, was quite filmable, or at least resulted in a really good film. You probably knew that, though, because I think I’m the last person to see that movie.

In other bookish news, I’m wondering what is wrong with me for not really liking Jandy Nelson’s I’ll Give You the Sun much. I’m going to finish it, I guess, because I’m pretty far in, and I do sort of want to see what happens to everyone. I’m really annoyed by how long the chapters are. I don’t feel like I’m getting anywhere when I’m reading because the chapters are so long. So many people I know have loved this book. I am just sort of bored with quirkier-than-thou teenagers, erudite and intelligent beyond their years. John Green is responsible for this trend, and I think I’m going to complain about in the march #ShelfLove entry on tropes I’m sick of in literature next month. After John Green made it so lucrative, it seemed like every other YA author had to copy it. I know plenty of smart teenagers. I’m not saying kids like these kids don’t exist. I just… don’t think I’m the audience for these books anymore.

My book club is reading The Boys in the Boat by Daniel James Brown, and all I can say is holy heck! How did this guy get me interested in something I have zero interest in? That is one helluva trick. The writing is fantastic. I’m not too far in, just about 50 pages so far. I can really see the people he’s describing. They are real, flesh-and-blood people, and I already care a lot about them, and even though I know they won the Olympic Gold in 1936, it’s still unfolding like one of those mysteries, where you can’t see how it will turn out in the end. That is another neat trick. Plus, two interesting connections already: Brown mentions rowers practicing at Lake Quinsigamond, which is literally right where I live. My attention was caught immediately. But then, he delves in the background of one of the rowers, Joe Rantz, who grew up poor and down on his luck in Spokane, WA., which is where my grandfather was born. The family stories were so similar in some ways, I found myself immediately rooting for Joe Rantz. What a great book! And see, only about 50 pages in, whereas with I’ll Give You the Sun, I’m about halfway through and still not really sure how I feel.

I’m still working on Antonia Fraser’s biography of Marie Antoinette and dipping into other books here and there. I bought myself two books. I couldn’t resist. Neither of them has been on my TBR list very long, but I do really want to read both of them. 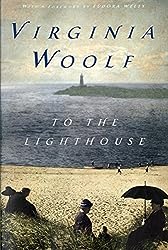 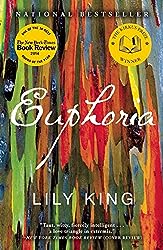 I don’t think I’ve ever read anything set in Papua New Guinea before (Euphoria), and after reading both A Room of One’s Own and Mrs. Dalloway, I fell in love with Virginia Woolf.

In other news, I was quite sad to hear of the passing of Harper Lee, though it is true she hasn’t been in good health, and she was advanced in years. I wrote about her influence on my decision to become an English teacher on my education blog. To Kill a Mockingbird remains one of my favorite books to teach. Sad, too, that Umberto Eco has died. I have a copy of The Name of the Rose, I haven’t read it yet. I have seen a film adaptation, though, and really enjoyed it.

Finally, I would be remiss if I didn’t share our own exciting news. My husband has written a book tie-in to the show Better Call Saul (a spinoff of Breaking Bad) called Don’t Go to Jail!: Saul Goodman’s Guide to Keeping the Cuffs Off. I’m really excited for him. This book is the realization of a lot of really hard work (I know—I was there!), and it’s something he’s dreamed about doing for some time. It’s available now for pre-order, and it will officially be released on April 5, so run out and get it! You will love it, especially if you like the show already.

So that is how my reading week is going. How about yours?

I have always imagined that paradise will be a kind of library.