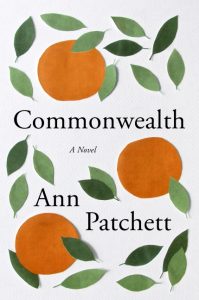 Ann Patchett’s novel State of Wonder is my school’s upper school summer read. I am not sure I would have thought to pick it up otherwise, as I haven’t read Patchett before, and I have a list of books I want to read a mile long. However, I found it a compelling and fascinating book, and it far outstrips most of the other books I have read this year (and even the previous year) so far.

I don’t typically include the book synopsis in my reviews, but it seems appropriate for this novel.

In a narrative replete with poison arrows, devouring snakes, scientific miracles, and spiritual transformations, State of Wonder presents a world of stunning surprise and danger, rich in emotional resonance and moral complexity.

As Dr. Marina Singh embarks upon an uncertain odyssey into the insect-infested Amazon, she will be forced to surrender herself to the lush but forbidding world that awaits within the jungle. Charged with finding her former mentor Dr. Annick Swenson, a researcher who has disappeared while working on a valuable new drug, she will have to confront her own memories of tragedy and sacrifice as she journeys into the unforgiving heart of darkness. Stirring and luminous, State of Wonder is a world unto itself, where unlikely beauty stands beside unimaginable loss beneath the rain forest’s jeweled canopy.

The reference to Heart of Darkness is not incidental, but State of Wonder updates Conrad’s classic with ethical questions for our own times. How far should science to go to improve on nature? Why do we develop certain drugs over others? What impact could such scientific research have on native populations? Should we care about that impact, or should we care more about “the greater good”? What happens when, to paraphrase Dr. Swenson, we allow ourselves to lose focus on the things we are looking for so that we don’t overlook the things we find?

Marina’s journey into the jungle reminded me of some of the ancient mythological heroic quests to go into the unknown and come back again. The hero is often never the same, and even Dr. Swenson warns Marina about this transformation. Dr. Swenson is Patchett’s own Kurtz, a formidable and ruthless woman committed to her research, even at the expense of her supposed commitment to her Hippocratic Oath as a doctor. Marina’s confrontation of her former teacher, a woman who has loomed like specter over Marina’s life and informed some of her most important life decisions, is the central story of the novel, and it is fascinating to watch their relationship unfold. Dr. Swenson is at the center of everything, and it is her choices and decisions that the novel revolves around, in the end.

Laura Ciolkowski says in her review of the novel for The Chicago Tribune that State of Wonder is “Part scientific thriller, part engaging personal odyssey,” and “a suspenseful jungle adventure with an unexpected ending and other assorted surprises.” That would be my assessment as well.

I would recommend this novel to anyone who has read Heart of Darkness, but thought it seemed dated. It will change your mind. But I would also recommend it to readers who liked The Poisonwood Bible by Barbara Kingsolver. All three novels explore the Western exploitation of indigenous people, simultaneously unmasking the horrors of colonialism as well as the terrible beauty of the jungle.