I didn’t have a chance to post my Top Ten Tuesday response yesterday. I love the topic for this week: Top Ten Favorite Book Covers of Books I’ve Read.

Despite the adage not to judge a book by its cover, we all do it, and we all pick up books because the cover entrances us. We have also probably eschewed perfectly good books because of unattractive covers. If we didn’t pay attention to covers, neither would publishers, who spend a lot of money (I am assuming) on graphic designers.

In order to write this post, I scrolled through my Read pile on Goodreads. Here are my favorite covers.

I could have chosen a lot of covers for this post, and indeed, I had trouble narrowing it to ten. There are quite a few books with arresting covers that have caught my eye. But I narrowed it down to these ten. I think the Cugat cover of [amazon_link id=”0743273567″ target=”_blank” ]The Great Gatsby[/amazon_link] is one of the most iconic and beautiful book covers of all time. Even Fitzgerald, upon seeing it (and fearing that his publisher would give it to another writer), said, “don’t give anyone that jacket you’re saving for me. I’ve written it into the book.”

The cover of [amazon_link id=”1594746036″ target=”_blank” ]Miss Peregrine’s Home for Peculiar Children[/amazon_link] is an arresting black and white photograph of a levitating girl. Ransom Riggs’s book was famously inspired by a package of odd photographs he purchased, and he created his characters from those photographs. The girl on the cover is the little girl who floats unless she is tied to something. I love her ancient little face. She looks like little old woman. The font is also part of what makes this cover design appealing.

I didn’t much care for the novel [amazon_link id=”0345802624″ target=”_blank” ]The Night Circus[/amazon_link], but the cover is quite striking in black, white, and red. The artwork reminds me of paper doll cutouts.

The hardcover version of Brunonia Barry’s novel [amazon_link id=”B005UVW8NQ” target=”_blank” ]The Map of True Places[/amazon_link] caught my eye because of the gorgeous blue of the sky and water and the celestial map markings. I was lucky to receive two signed copies of this book when I won a sweepstakes connected to this novel. Obviously, that isn’t why I love the cover, but I surely did fall in love with Salem and with Massachusetts, and this book was a large part of that.

I think what I like about the cover of [amazon_link id=”0393338487″ target=”_blank” ]Emily’s Ghost[/amazon_link] is the juxtaposition of the striping on the bottom where the title appears with the gorgeous picture of the woman looking over the bare moors.

I think Ruben Toledo’s covers of the Penguin classics are all brilliant, but my two favorites are his covers of [amazon_link id=”0143105434″ target=”_blank” ]Wuthering Heights[/amazon_link] and [amazon_link id=”0143106155″ target=”_blank” ]Jane Eyre[/amazon_link]. I love the drawings of Catherine and Heathcliff on the first, and the excellent blue creepiness of the house and sweet little Jane on the second. The cartoonish nature of the drawings is fun and appealing. I think as a student, I might be more inclined to pick up the classics illustrated by Toledo as opposed to those versions with old paintings of women on the covers. You know what I mean.

The cover of [amazon_link id=”0060731338″ target=”_blank” ]Freakonomics[/amazon_link] intrigues me because it doesn’t meet expectations. The apple is cut open to reveal and orange inside. Not only that, but the apple is green, and for some reason, this cover wouldn’t work if the apple were any other color. I can’t stop looking at it, for some reason, and I definitely wanted to read it because of the cover.

[amazon_link id=”B005EP2310″ target=”_blank” ]Ahab’s Wife[/amazon_link] is one of my all-time favorites. I just love the wrecked ship and the way the woman on the cover is looking at it. You can tell she is remembering her story. “Captain Ahab was neither my first husband nor my last.” See? Now don’t you want to read it? It’s nearly as good an opener as “Call me Ishmael.” It’s a stunning book, and I love the stark beauty of the cover.

The last book I chose the famous image of the Bird Girl statue from John Berendt’s [amazon_link id=”0679751521″ target=”_blank” ]Midnight in the Garden of Good and Evil[/amazon_link]. It is an arresting image in green, and the statue became such a draw for tourists in Savannah that the city moved it out of the graveyard, where it obviously was located when this photograph was taken, to a museum. It is not quite the same, seeing it there. The Bird Girl belongs in this graveyard under the large trees weeping Spanish moss. I hope they move her back there someday.

What are your favorite book covers? 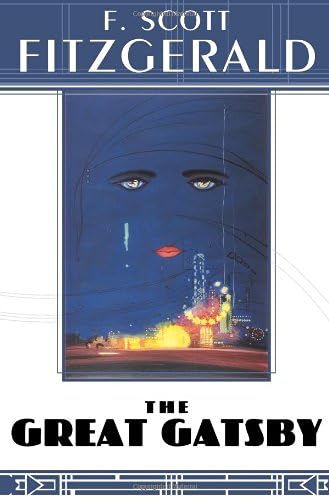 Now this week’s Booking Through Thursday question is something that has intrigued me as both a reader and a writer for a long time: “CAN you judge a book by its cover?”

Covers are important, whatever the old adage says. Yes, there have been times I have picked up a book with a plain or nondescript cover and been utterly transported, but think about all the time and energy put into creating attractive book covers. I have been enticed by a book cover more than once. By way of demonstration, consider F. Scott Fitzgerald’s masterpiece The Great Gatsby. This novel’s cover is iconic. It is a painting by Francis Cugat entitled Celestial Eyes. Fitzerald was taking some time getting his final draft to famed Scribner’s editor Maxwell Perkins, and he had already seen the cover art for the book. He sent this famous message to Perkins: “For Christ’s sake don’t give anyone that jacket you’re saving for me. I’ve written it into the book.” No, it’s not the eyes of Dr. T. J. Eckleburg. There is a passage near the end of chapter four when Nick says, “Unlike Gatsby and Tom Buchanan I had no girl whose disembodied face floated along the dark cornices and blinding signs and so I drew up the girl beside me, tightening my arms.” It’s an arresting image. The art deco font, colors, and image tell you a great deal about the book itself.

A great cover will often prompt a reader to pick up a book and take it home. If covers were not important, no one would spend money on graphic designers, and covers would just come in monochrome shades with no artwork or fancy fonts. Is the cover a guarantee that the book will be great? Obviously not, but a cover promises certain things: 1) the kind of book you’re going to get; 2) what the book is about; and 3)  your first impression of a book—much like dressing for an interview (and credit to my husband for this connection).

What kind of book do you think you’re going to get with a cover like this? 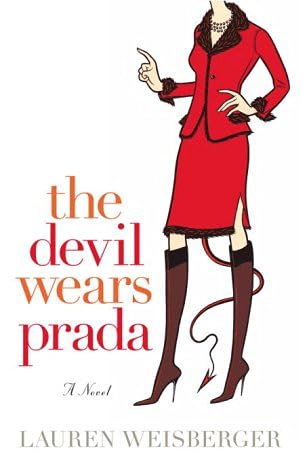 My guess is chick lit. Chick lit covers often have the sort of funky art, bold colors, and fun fonts this book has.

Tell me what you expect this book will be about by examining the cover: 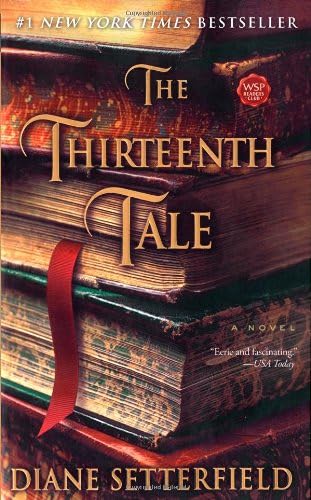 Did you say book was about books? You’d be on the right track. This book is a love letter to books and reading (my review).

What’s your first impression of this book? 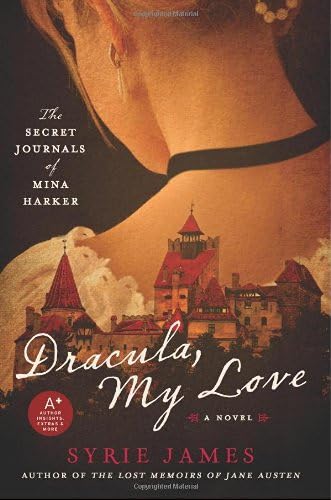 I love the line of the woman’s neck covered with that simple band. The cover is a bit of a tease, a bit of a seduction, just like you’d expect a vampire novel to be (my review).

I know I’ve picked up books that had attractive covers and not liked the book that much (read my review): 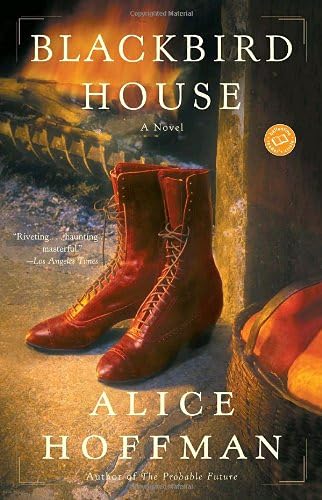 Other times, I have been awed by a gorgeous cover only to discover the contents were as good as the cover promised they would be (read my review): 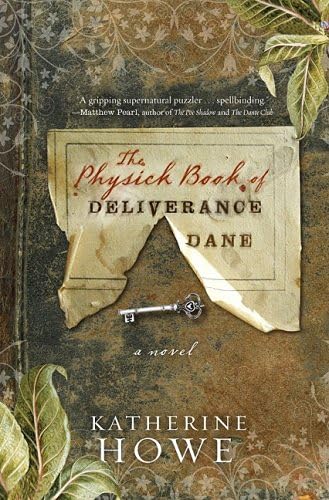 Book covers can be so iconic that they influence other covers: 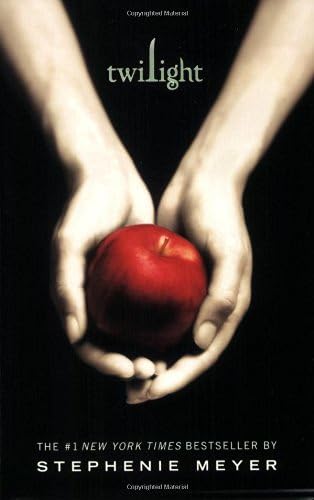 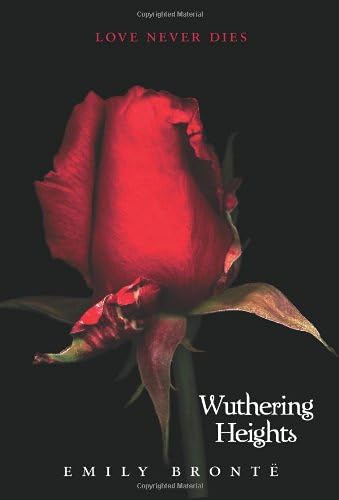 They can also be the source of a great deal of speculation about highly anticipated books. I recall poring over the cover images released prior to the last few Harry Potter books, trying to determine what would happen in the book. 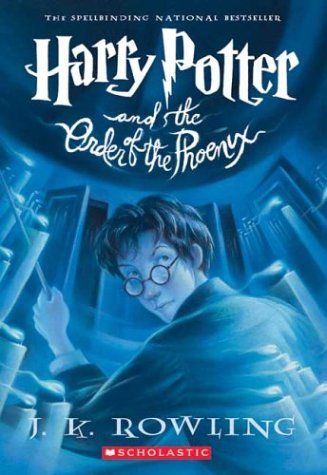 But ultimately, I haven’t really answered the question. Can you indeed judge a book by its cover? Yes. Is it the only means of judging a book? No, but they can help put a book in a reader’s hand. The rest is up to the writer (and the reader).

Musing Mondays—August 22, 2011
Books Everyone Else Has Read
Booking Through Thursday: Romantic